Christopher Turk and Carla Espinosa met and started a relationship early in Turk's time at Sacred Heart. They have since married and had two daughters: Isabella Turk and a second daughter whose name is not revealed.

Carla's mother, unfortunately, had passed away before the marriage of her daughter and the birth of her granddaughter Isabella, but her son, Carla's brother Marco Espinosa has visited Sacred Heart a couple of times. Carla's sisters Gabriella and Maria were bridesmaids in her wedding. ("My Best Friend's Wedding")​​​ They have another brother, who didn't attend.

Turk's mother Margaret Turk has visited him at work, as has his brother Kevin Turk. 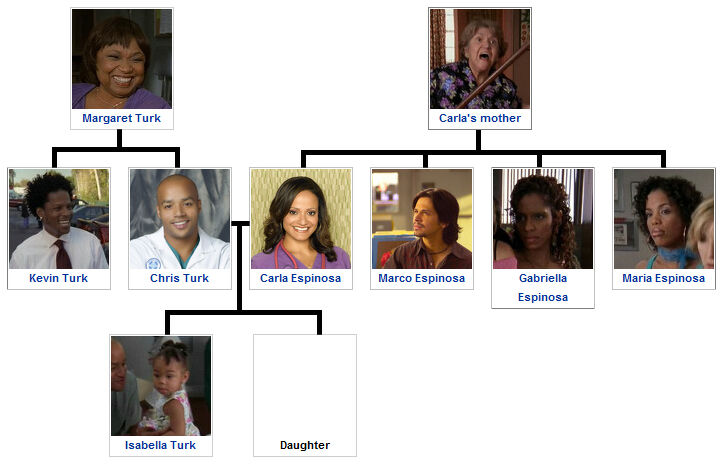 Retrieved from "https://scrubs.fandom.com/wiki/Turk_and_Espinosa_families?oldid=72681"
Community content is available under CC-BY-SA unless otherwise noted.