"My ABC's" is the fifth episode of Scrubs' eighth season. J.D. fantasizes about Sesame Street all day while he works with Denise on her bedside manner. Dr. Cox investigates his hatred of Ed. Elliot gets Katie a position on Turk's academic team.

Dr. Kelso arrives at Sacred Heart, fully comfortable as his role as the "regular guy". Shortly after, Dr. Cox conducts rounds with the new interns. He lashes out at Katie, even though she got an answer correct, but can't come up with anything to insult Ed. After rounds, he, J.D., and Elliot pick which interns they want to take under their wing for the next year. Dr. Cox picks Ed. At coffee bucks, Dr. Cox can't figure out why he hates Ed, despite the fact that Ed is a pretty good intern. Carla doesn't care that he hates him, and Dr. Kelso isn't any help either. Dr. Cox later asks Janitor for help, but to no avail. When Ed turns down Turk's offer to help with his research, Cox realizes he hates Ed because he is lazy.

J.D. picks Denise to be his lackey. They help treat a patient, Jack Fremont, who has lung cancer. J.D. tries to teach Denise bedside manners, but she still comes off as very rude to Mrs. Fremont. After learning their patient is going to die, Denise shows no emotions, but J.D. can't hide his and his eyes water in the hallway.

Elliot picks Katie because she believes Katie is no longer a suck up (and they have the same hair). Katie whines about her fear of not getting picked for Turk's research paper. Elliot asks Turk to consider her, but he ultimately chooses Ed. Elliot confronts Turk, and asks Carla to withhold sex from him. Later, Elliot finds out that Katie scammed her, using her to make Turk give her the research position.

Janitor and Dr. Cox talk about why they hate everybody. Janitor claims he only hates people who wrong him, such as robbing him, breaking doors with pennies, or looking at him wrong. He then stalks a doctor who looked at him "funny". 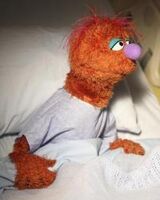 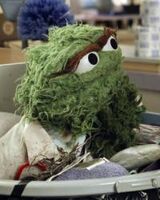 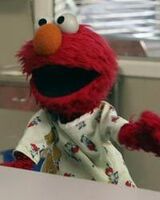 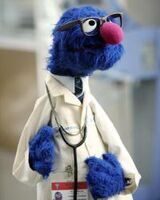 “Seriously, I am so happy to be done with all that, I could drop a deuce right here.”— Denise Mahoney

“Dude, have you been having fantasies about Muppets all day?”— J.D.

“No can do other Indian guy. I'm about to go get myself some pizza!”— Ed

“Seems like it could be a host to a variety of infectious bacteria or even fungus.”— Elliot

“Plus it's hard to look at. I recommend it's removed immediately”— Turk

[The next shot is of J.D., showing that they are talking about his new beard.] 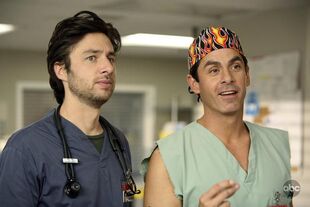 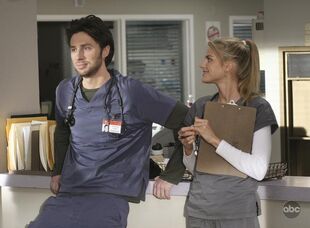 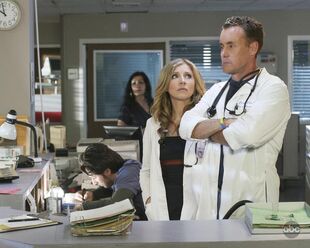 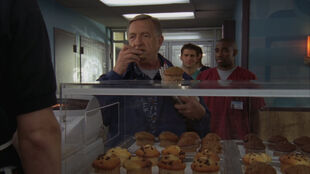 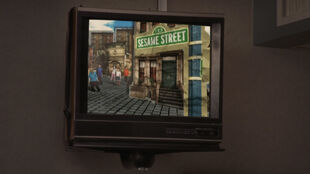 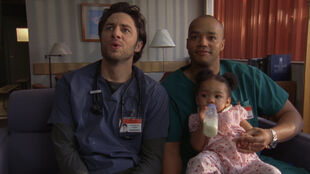 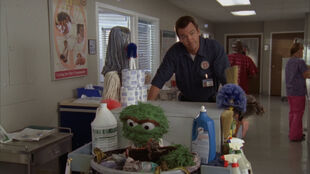 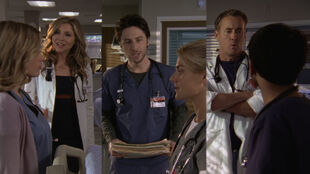 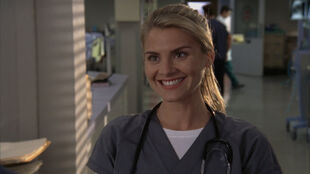 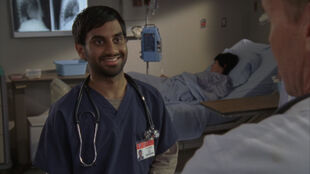 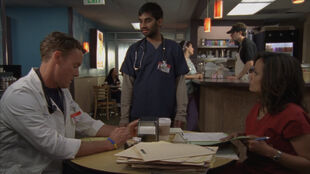 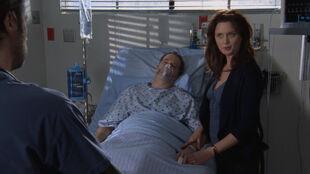 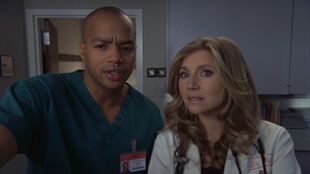 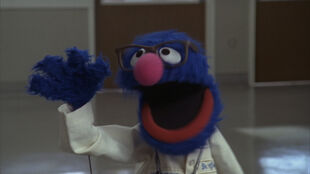 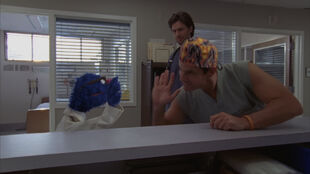 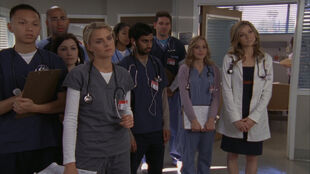 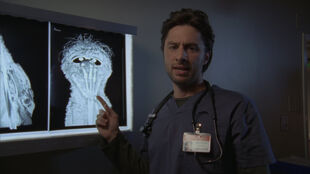 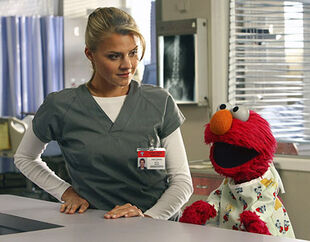