Robert Kelso's family often brings him grief, but at the end of the day he knows he loves them and is upset when others make fun of them. His wife, Enid has poor health and their relationship has suffered sexually and thus emotionally. She has since passed away. His son Harrison strayed away from what Bob had in mind for him, and has since pursued a gay lifestyle with multiple partners. Bob also has an illegitimate son Thong Tri Kelso, whom he had with a Vietnamese prostitute.

Some of the members he holds dearest to his heart are his dogs Baxter, and later Boomer. 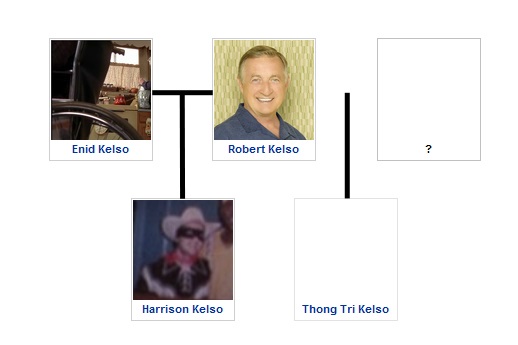 Retrieved from "https://scrubs.fandom.com/wiki/Kelso_family?oldid=73012"
Community content is available under CC-BY-SA unless otherwise noted.