John "J.D." Dorian and Elliot Reid have dynamic families. Each family member has affected their time at Sacred Heart Hospital. J.D.'s mother Barbara left his father Sam and has remarried multiple times. Sam since became a traveling salesman and has passed away. His brother Dan visits him at Sacred Heart nearly once a year. He is frequently less mature than J.D., even though he is older.

Elliot's parents are well off, and she was used to a lavish lifestyle. Because they gave her money, they expected her to go into the field they chose. She refused, and they cut her off financially. Her four brothers have never visited Sacred Heart, but she often tells people about their lives.

In his fifth year at Sacred Heart, J.D. met and impregnated Kim Briggs. They planned on being a couple, but Kim backed out because she didn't want to be in a relationship only for the baby's sake. They have joint custody of Sam Perry Gilligan Dorian.

J.D. has since married Elliot with whom he has a daughter. 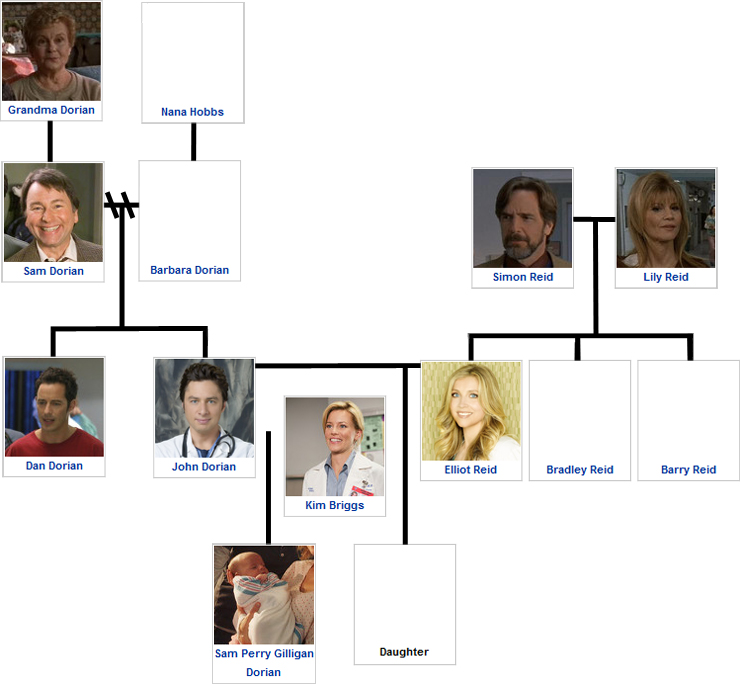