Perry Cox and Jordan Sullivan have an unconventional relationship. They were married and later got divorced. They started seeing each other again and even had a son Jack, but have refused to get married again. They even found out that they were technically legally married, but decided to get divorced. They then had another child, Jennifer Dylan Cox (per J.D's recommendation).

Dr. Cox has a sister, Paige, whom he mildly resents for being religious. Jordan has two siblings, Ben and Danni. Ben died of leukemia in the third season.

In My New God, Cox mentions that his father used to drunkenly beat him and his sister, Paige, while their mother silently watched, resulting in Paige turning to Christianity. 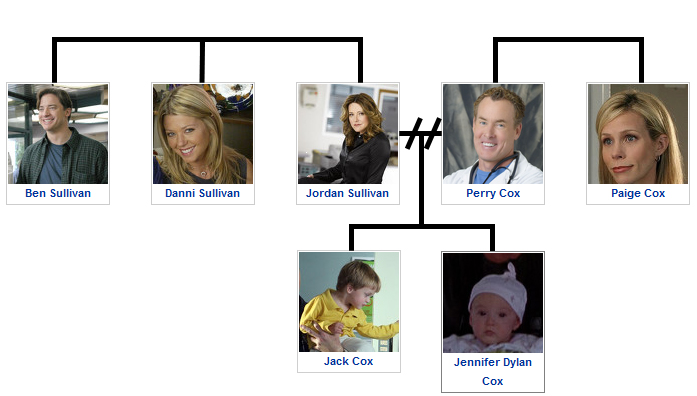